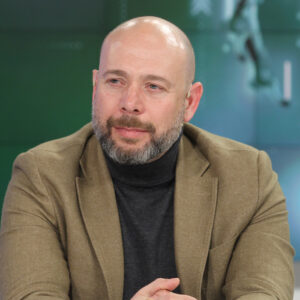 Dimitar Dimitrov is an IT entrepreneur. He started his first company shortly before graduating from high school. It specialized in software development for 8 and 16 bit computers. His next project was REAL TV – a cable television, which provides services in Studentski grad, Kazichene and Busmantsi, as well as in Plovdiv and Krumovo. He is the founder of the newspapers PC Review, Computers and Peripherals and GSM Review.

Dimitar Dimitrov started his business relations with mobile operators in 2002, creating the company DVR OOD, which subsequently became part of Terra Communications AD – a leading company in the development of mobile solutions, platforms and applications. Today he is the CEO of the holding Allterco JSCo, which unites under its umbrella 7 companies.

Dimitar Dimitrov is the founder of the IoT business of the Group in his role of a manager first and a director of “Research and Development” later. His main activity is the development of new IoT products and projects.